We can help with your scientific surveys and research projects -

We can help you search for -

Why use a dog?

History tells us that dogs have been living with and working for humans for thousands of years. They helped with hunting, defense against wild animals and other humans, and they even worked as pack animals.

In more recent history, little has changed in the dog/human relationship. Because of their endurance, incredible sense of smell, and undying loyalty to their humans, working dogs today are used to;

And they are routinely used to locate bedbugs, mushrooms, gas leaks, drugs, animal scat and a variety of mammals, reptiles, and birds for scientific research. Modern technology still has not developed a device that can match the capabilities of a trained detection dog.

Like so many working dogs, all of ours have been adopted. They had "too much energy" for their previous owners which is one of the traits that we look for. Also, it's much more efficient to evaluate a juvenile dog than it is a puppy. With puppies one can never be sure what behaviors are going to come out as the dog ages.

We have spent our own lifetimes in the outdoors working, recreating, and searching with our canine companions. In that time we have trained dogs to look for illegal drugs, bad guys, missing people, small creatures, human remains, and historic human remains.

We have learned a few things along the way ourselves about what dogs do naturally and how they learn. All dogs hunt, some do it better than others. A few have the magical combination of hunt drive, play drive, and social skills to become successful in the human world of detection dogs. The right dogs with the right conditioning can be amazing resources when properly applied. 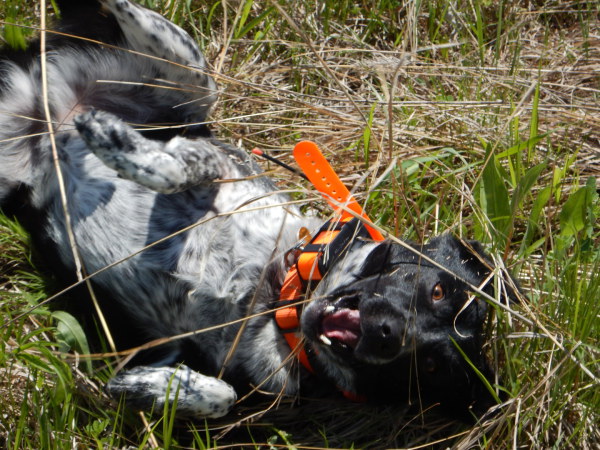