We can provide handler/canine teams for urgent search & rescue situations

We have spent decades honing our skills looking for people who have gone missing because of homicide, abduction, suicide, dementia, and those who simply had some bad luck in the outdoors. We have had hundreds of hours of training and have responded to and managed some of the largest missing person situations in the Midwest.

Our handler/canine teams are trained for:

Our dogs meet or exceed the standards put forth by the National Association of Search and Rescue (NASAR) and/or the Scientific Working Group on Dog and Orthogonal Detector Guidelines (SWGDOG).

We can provide you with trained and experienced search managers who specialize in the planning and resolution of cold-case/missing persons situations. We will work with your investigators to plan and execute strategic field searches.

Our canines have experience locating the odor of human remains decomposition that is only a few hours old to hundreds or thousands of years old. Scientific research has identified nearly 500 volatile organic compounds related to human decomposition (A. Vaas et al 2008, Carabello 2014).

We have worked on missing person cases that were only hours old to 45 years old. The dogs have located evidence like drops of human blood and bone fragments in large open areas, and molecules of fresh decomposition odor emitting from closed vehicles. 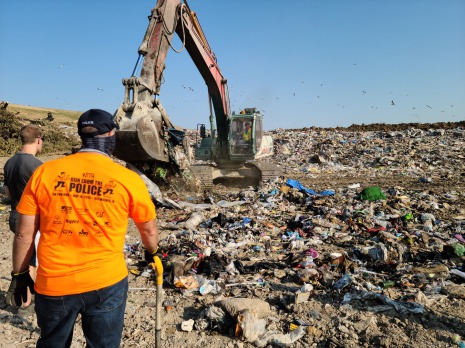 When the dogs locate the odor of human remains decomposition we can apply our ground penetrating radar unit to scan the sub-surface soil in the area to assess for possible buried remains. This combination of the dog's nose and the radar technology can provide timely information to law enforcement to support the decision to dig or not to dig at that location. NOTE; It is important to understand that if human remains have been moved from the area the decomposition odor can remain in the soil in that location for decades or even much longer. In fact, the molecules that make up those volatile organic compounds can move hundreds of yards in the sub-surface moisture and can be pulled into the root systems of neighboring vegetation. 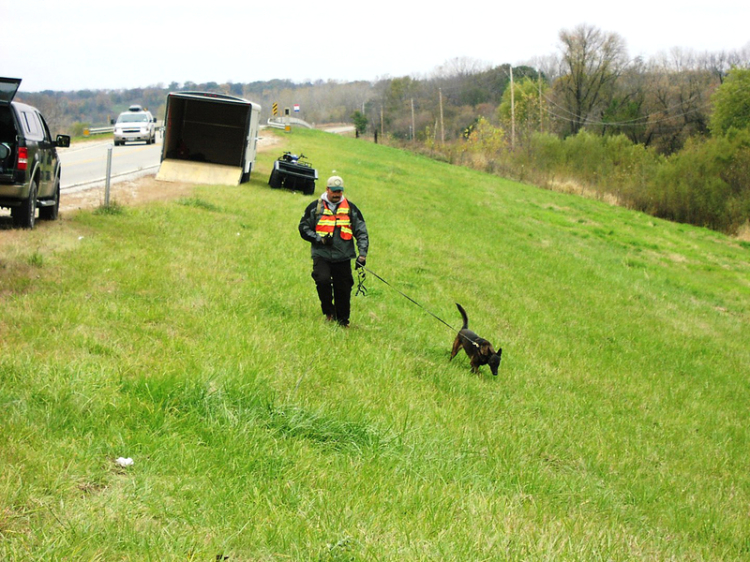